2 weeks old baby rescued after been sold for 1.5 million Naria by his grandma 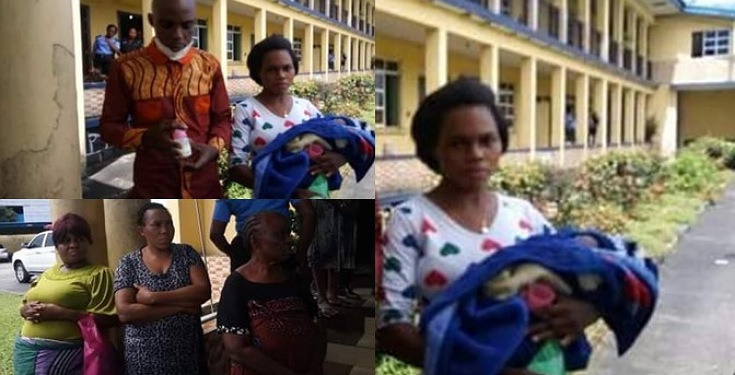 Nigeria police force has rescued a two-week-old baby, who was allegedly sold at birth by his grandmother for N1.3million.

According to the spokesperson in River state, Antonia Amos sold his grandson who was bearly two weeks because she claimed her daughter’s baby daddy had yet to pay her bride.

However, after a complaint by the baby father to the police, she was arrested.

The state commissioner of police(CP), Joseph Mukan said that the arrest of Antonia led the arrest of Pauline umoh in Ukaqnafun Local government area in Akwa-Ibom state

Also arrested was Juliana Obianwa, who was said to be the buyer in Mgbidi, Imo state, and the baby rescued, the police commissioner also stated that all effort is in place to arrest others involved in the crime.