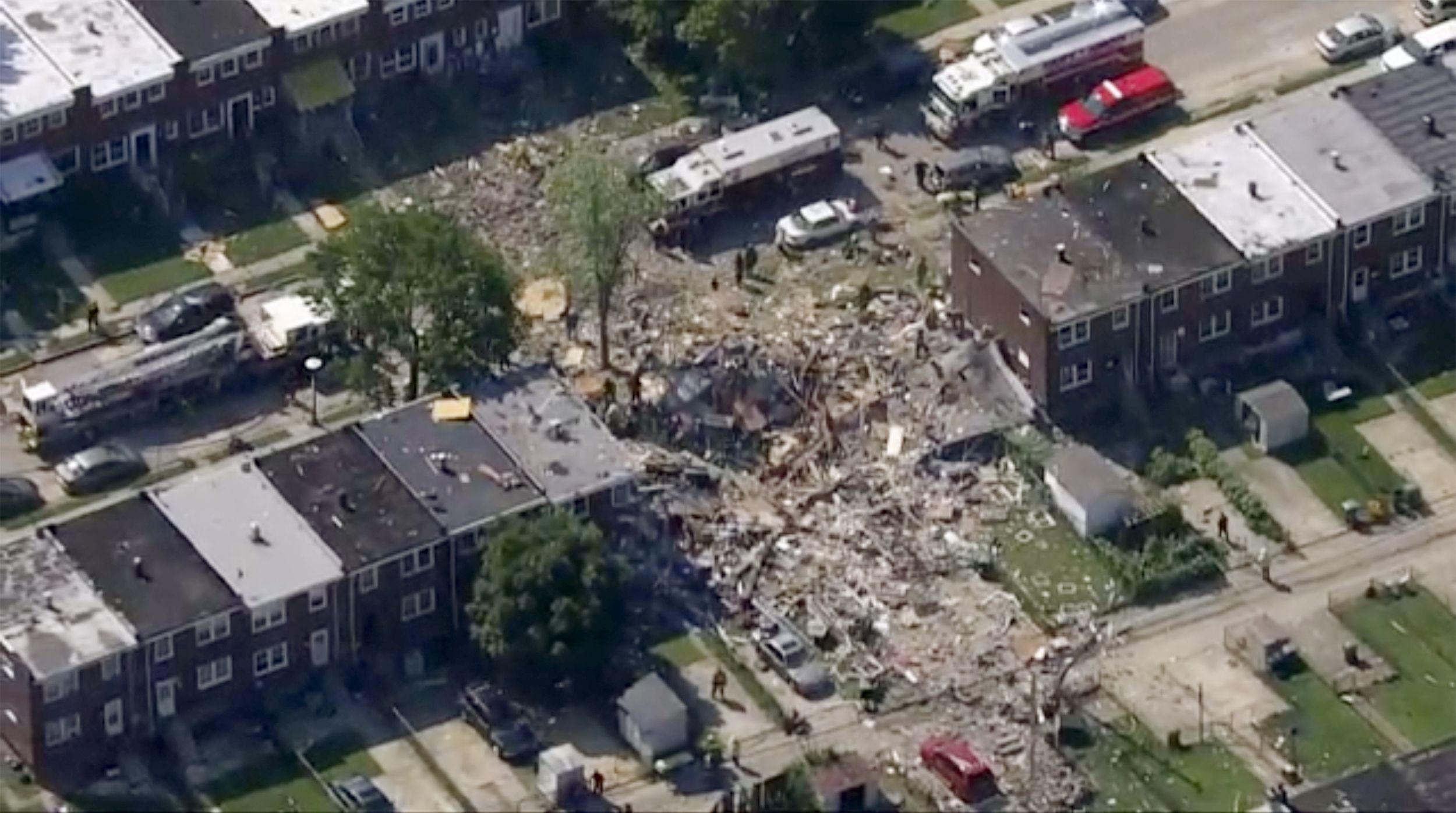 A major explosion leveled several houses as it tore through a Baltimore neighborhood on Monday, killing at least one person and critically injuring three while at least five others including children were trapped, firefighters said.

The Baltimore Sun reported it was a natural gas explosion, citing fire officials, but said the exact cause remained unknown.

Photos from the scene showed a section of row houses leveled with rubble strewn about as rescue workers climbed over a pile of debris, searching for victims.

“One adult woman deceased as BCFD continue to search for more,” the Baltimore City Fire Department posted on Twitter.

Three patients, all in critical condition, were rescued by firefighters, the Baltimore Firefighters IAFF Local 734 wrote on Twitter.

“Rescuers are communicating with one person still trapped. #BCFDSRO Special Rescue Operations Team is working to get to the person. One person has been pronounced dead on scene,” the union said in a separate post.

“We are on the scene and working closely with the fire department to make the situation safe,” gas company spokesman Richard Yost told the Sun. “Crews are working to turn off gas to the buildings in the immediate area. Once the gas is off we can begin to safely assess the situation including inspections of BGE equipment.”