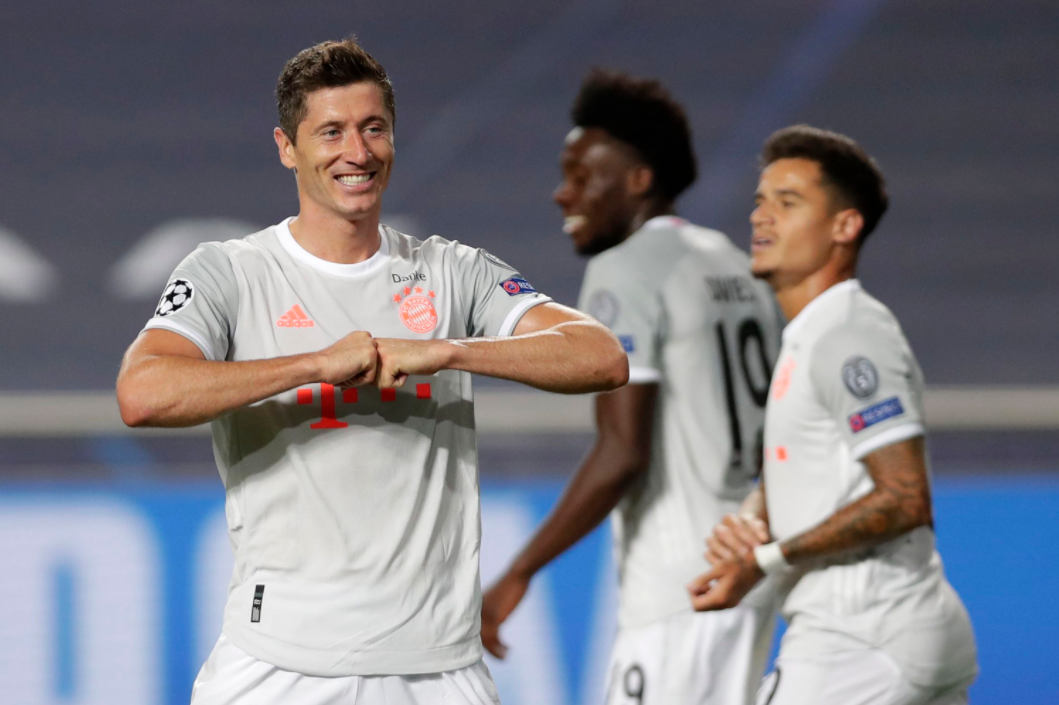 German club Bayern Munich has pulled off an incredible performance against the Spanish side Barcelona to reach the semi-finals, winning 8-2 in Lisbon.

The Game was open by a goal from Thomas Muller inside four minutes, but it was soon canceled out by an own goal from David Alaba in the seventh minutes. The first-half floodgates then opened as Ivan Perisic 22″, Serge Gnabry 28″, and Muller 31″ netted in quick succession.

After a 4-1 first half, there was a glimmer of hope for Barcelona when Luis Suarez made in 4-2 in the 57th minute, but it was cut short after Joshua Kimmich netted in the 63″ opening for more goal from Robert Lewandowski 82″ and Barcelona loanee Philippe Coutinho 85″, 89″ to end the match in a humiliating defeat against Barcelona.

The scoreline recalled Germany’s 7-1 win over Brazil in the 2014 World Cup, a game where Bayern coach Hansi Flick was on the bench as the national team’s assistant coach and Mueller also scoring on the game.

Germany went on to win that World Cup and Bayern look a good bet to win this Champions League, although they will surely face a sterner test in the semi-final regardless of whether it is against Manchester City or Lyon.

This was their 19th consecutive victory in all competitions, and a 28th game unbeaten for Hansi Flick’s side. They have now scored 39 goals in nine Champions League outings this season.