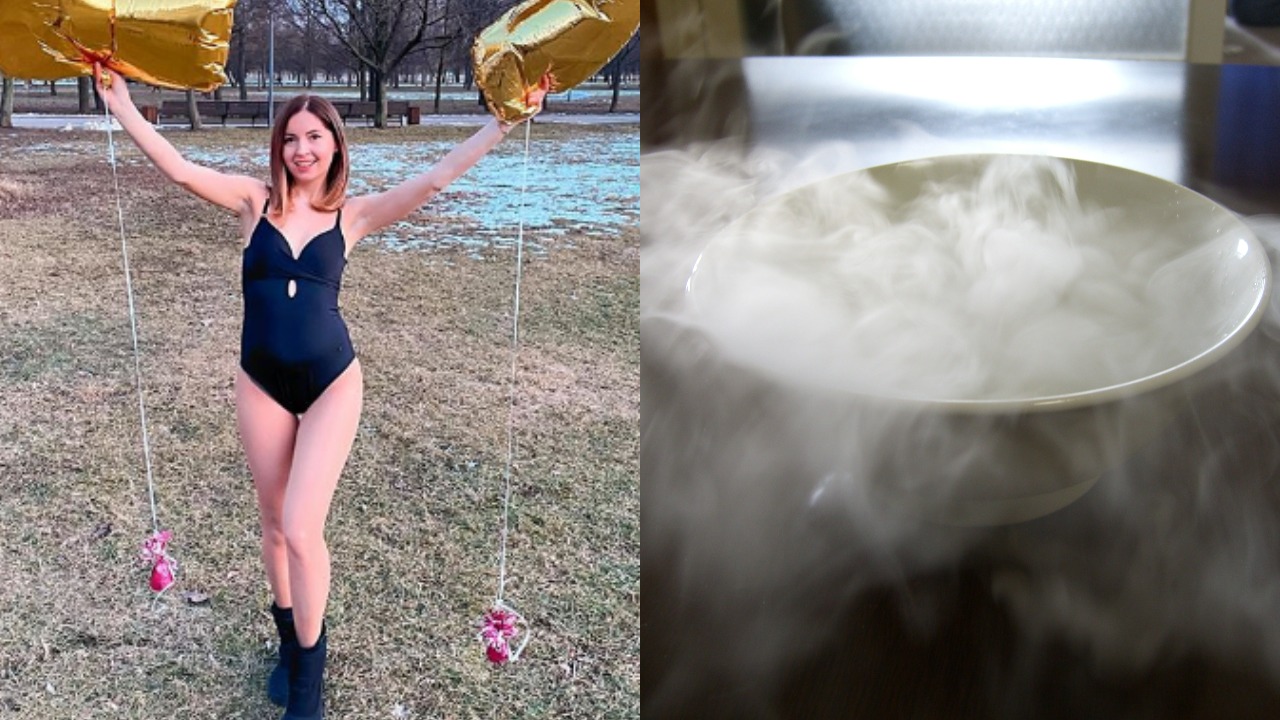 A Russian Instagram influencer Yekaterina Didenko 29th birthday bash turned into a nightmare after 3 people were killed, the happy moment change after 25kgs of dry ice was poured into the swimming pool.

According to Daily Mail publish, Didenko wanted to create an “impressive steam show” with the dry ice when the guests jumped into the swimming pool. Just as the dry ice was poured, people started fainting because a large amount of vapourised carbon dioxide was produced in a poorly ventilated space.

Dry ice is frozen carbon dioxide and which produces the heavy vapor when putting into the water.

One of the three people that died in the incident was her husband. The other two were merely 25 years old. Medical reports claimed that they died from “pulmonary edemas” after breathing in the gas.

She announced the death of her husband and spoke about how she was left sobbing when her young daughter Natsya asked her a painful question – “Where is daddy?”

Another Video Showing the Moment she was crying about the incident saying, ”  Valya is not with us anymore. Or Natasha [Natalia]. Or Yura [Yuri].”

See German man who cuts off His ears & keeps them in Jar, spends ₦2.7m On 17 Body Modifications

Bizarre! 17-Year-Old Girl Gives Birth to ‘Surprise Baby’ on The Toilet, Claims She Didn’t Know About Her Pregnancy

HAHA!!!, UK police officer gets stuck in his own handcuffs in a training session, rescued by firefighters