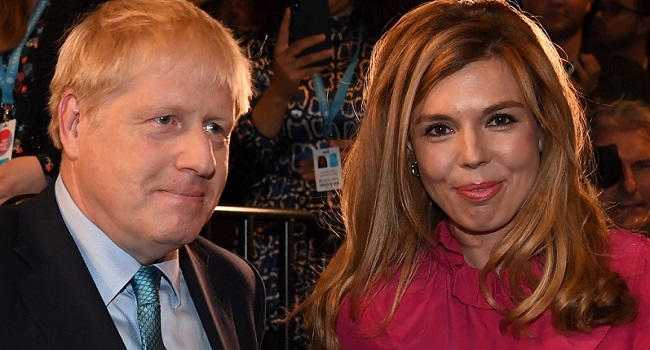 Boris Johnson and Carrie Symonds have named their son Wilfred Lawrie Nicholas Johnson, in a tribute to their grandfathers and the doctors who helped save the UK Prime Minister’s life.

In an Instagram post by Symonds, with a caption “couldn’t be happier” and that her “heart is full,” alongside a photo of her cradling the newborn.

She praised the maternity team at University College Hospital in London, who she said: “looked after us so well.”

The couple has earlier announced on Wednesday that she had given birth to a baby boy.

The news came just weeks after Johnson was discharged from intensive care where he had been battling coronavirus. Symonds also suffered symptoms of the disease.

“Thank you so, so much to the incredible NHS maternity team at UCLH that looked after us so well. I couldn’t be happier. My heart is full.”

Johnson, who is currently grappling with the Covid-19 crisis which has led to the deaths of over 27,000 people in the UK so far, is expected to take a “short period” of paternity leave later in the year, report Thejournal.