Nigerian English boxer, Anthony Joshua on Saturday defeated Andy Ruiz Jr at the Diriyah Arena, Saudi Arabia to reclaim his IBF, WBA and WBO titles. Joshua lost the titles to Ruiz in a shock defeat in New York back in June this year. With his victory, Joshua has joined greats such as Muhammad Ali, Lennox Lewis and Evander Holyfield on the list of heavyweights to reclaim world titles. 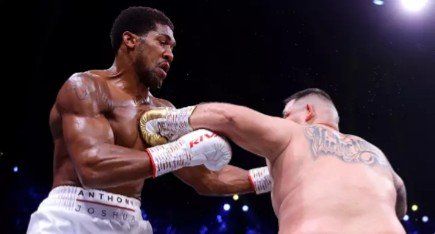 Dominating from the outset, Joshua won by margins of 118-110 on two scorecards with the third judge making it 119-109. Congratulations to him.

School Of Rock actor Kevin Clark has died aged 32, after being hit by a car

Man Killed and eats his mother, store her remain for later