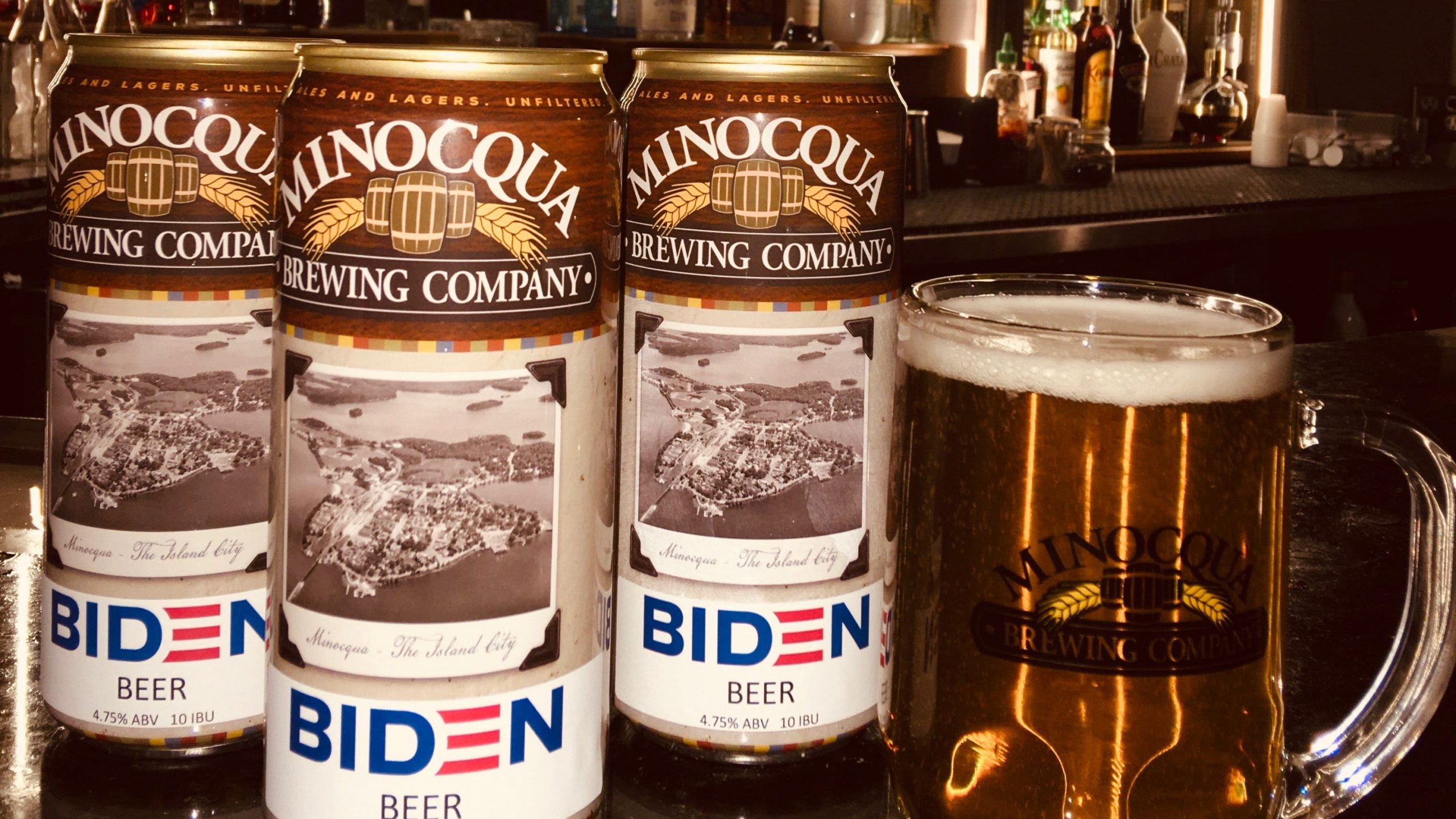 A Wisconsin brewery has introduced a new beer bearing the name of President-elect Joe Biden. ‘Biden Beer’ was introduced at Minocqua Brewing Co. by owner Kirk Bangstad, who is a huge Biden supporter.

According to the Sentinel, Kirk Bangstad describes the beer as a kõlsch that is “inoffensive and not too bitter.”

The report further says that the new beer will be available to visitors on Thursdays, Fridays, and Saturdays from 15:00 to 18:00. Beers will be sold for $6 for a 32-ounce crowler or $15 for a three-pack.

In the days leading up to US presidential elections, Bangstad had put up a sign outside his brewery which read, “Biden for President”.

However, he was threatened with legal action and a fine by Oneida County as the size of the banner appeared to violate a county ordinance. (The sign was larger than the county ordinance allowed (32 square feet).

In response, Bangstad launched a #Freeourbidensign campaign that allowed brewery visitors to buy Minocqua brewery T-shirts to help raise money for the fine.

The fines ended up not being issued but Bangstad plans to use the money to support other progressive candidates, according to the Sentinel.

Notably, Bangstad also recently ran for a seat in the National Assembly but lost to Republican incumbent Rob Swearingen.