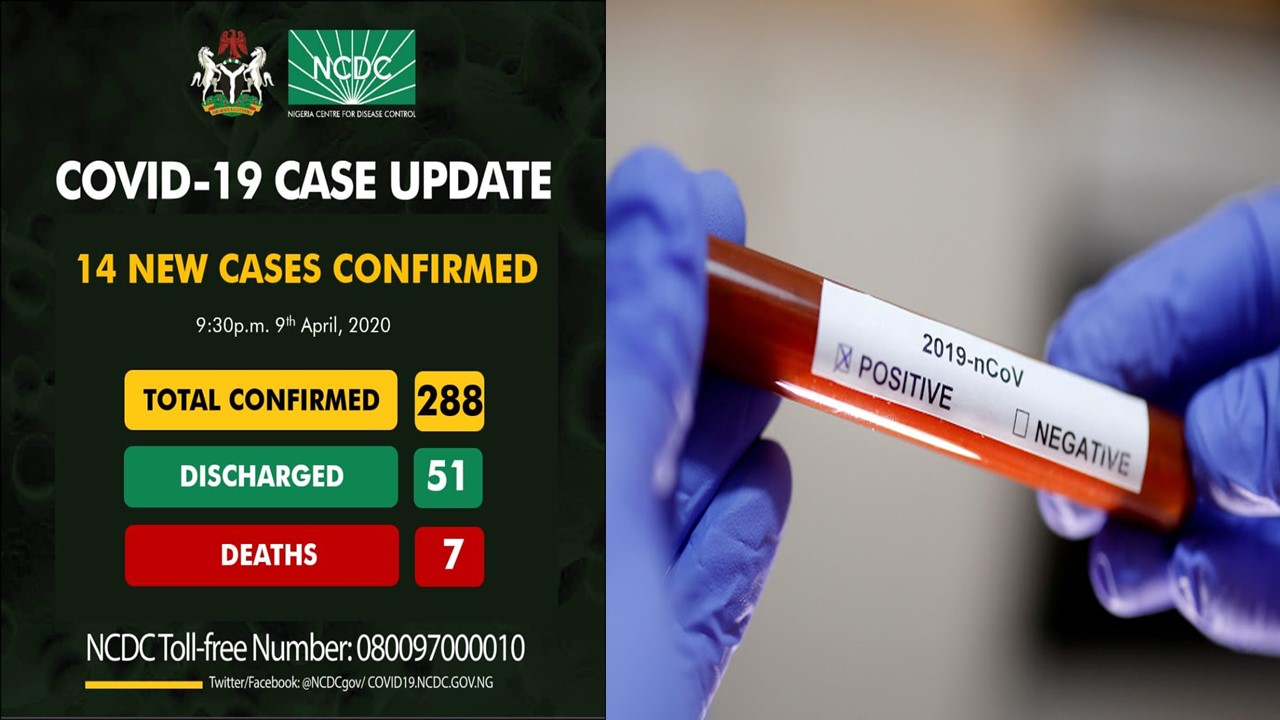 Thursday was another worst day of fighting the COVID-19 battle with 14 new cases and 1 death being reported across Nigeria. The death toll due to the novel coronavirus in Nigeria now stands at 7 and the number of cases has risen to 288, according to the Nigeria Centre for Disease Control (NCDC).

The NCDC twitter update report that the new cases were in Lagos(13) and Delta state(1) and 1 death in Delta state.

The death which was announced by The Delta state, Governor Okowa stated on Thursday evening, April 9, on Twitter that the deceased patient who had underlying health issues had visited Lagos state in the past two weeks.

The governor also said that the deceased presented himself late to one of the state’s hospitals with severe symptoms, including difficulty in breathing.

He was immediately given the necessary attention by healthcare professionals but give up shortly after the specimen was taken, However, his test results came back positive on Thursday.