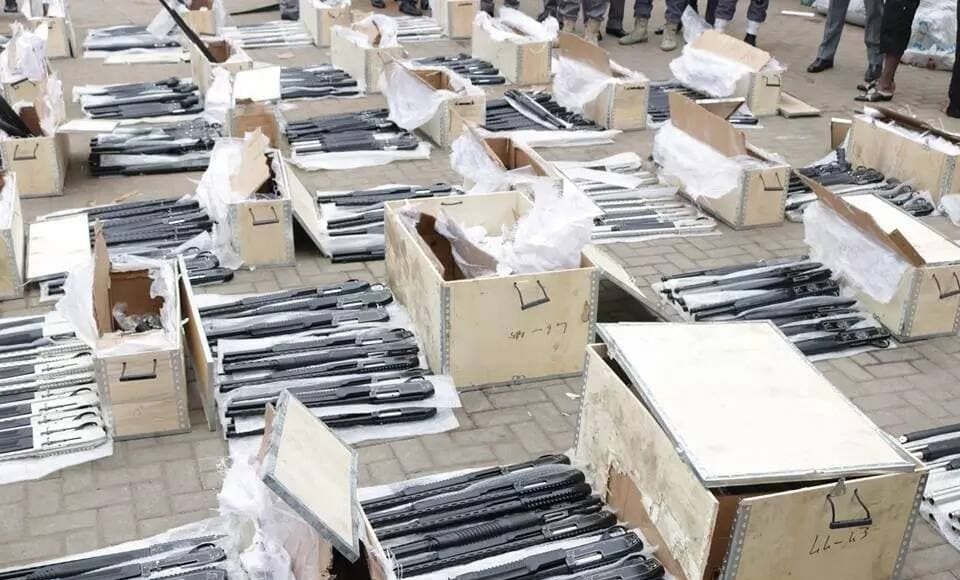 Containers loaded with guns and ammunition were discovered during a routine examination by Officials of the Nigeria Customs Service attached to Tin Can Island Command.

The Public Relations Officer of the Tin Can Customs, Mr. Uche Ejesieme, confirmed the development, saying that the container of guns was discovered during a routine examination at terminal B2 (Vehicle) of the TICT.

Ejesieme said, “The officers intercepted a container loaded with weapons, but as we speak, what we have done as a command is that we have written to the terminal to evacuate the container immediately to enforcement unit for 100 percent examination so that we can actually ascertain the quantity and other relevant information.

“So, as we speak, we expect the terminal to evacuate the container to the enforcement unit where we intend to strip it, and the quantity, names of people involved, and other further information would be available.”

He said after examining the container at the enforcement unit of the command, the Customs high command in Abuja would be informed about the container.

“This is why we have not issued an official statement regarding the seizure.

“As we speak, we do not have full details of who is behind the import, country of import and the model of guns. All these will be made known at the end of investigations,” he said.

The customs vowed to trace the matter to its very roots and apprehend those in connection.

Seven people are killed in Zamfara in another attack by bandits