Donald Trump Says US is ‘Terminating’ Its Relationship with WHO 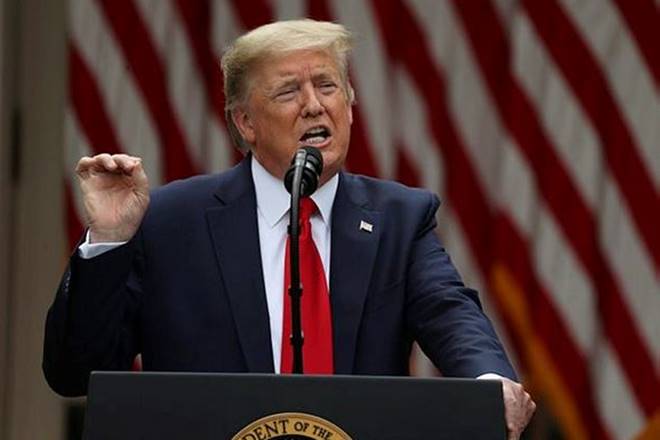 President Donald Trump on Friday said the United States is “terminating” its relationship with the World Health Organization (WHO), which he said failed to do enough to combat the initial spread of the novel coronavirus.

Trump had already suspended funding to the United Nations agency, accusing it of being a “puppet” of China as the global health crisis erupted. Also Read – Twitter Attaches Disclaimer To Trump’s Minneapolis Tweet For ‘Glorifying Violence’

“Because they have failed to make the requested and greatly needed reforms, we will be today terminating our relationship with the World Health Organization,” Trump told reporters at the White House Rose Garden.

The Republican leader said the US would be “redirecting those funds to other worldwide and deserving urgent global public health needs”.

“The world is now suffering as a result of the malfeasance of the Chinese government,” he said, adding that China “instigated a global pandemic that has cost over 1,00,000 American lives”.

Trump also said the US will restrict Chinese students and start reversing Hong Kong’s special status in customs and other areas as Beijing imposes a controversial security law. He said the Chinese government has been “diminishing the city’s longstanding and very proud status”.

“This is a tragedy for the people of Hong Kong, the people of China, and indeed the people of the world,” he added. Also Read – Trump Said WHO Is ‘A Pipe Organ For China’ Vow To Take Action On WHO And China

Secretary of State Mike Pompeo on Wednesday told Congress that the Trump administration would no longer consider Hong Kong to be separate under US law but did not spell out the consequences.

Trump also was light on specifics but said: “I am directing my administration to begin the process of eliminating a policy that gives Hong Kong different and special treatment.”

“This will affect the full range of agreements, from our extradition treaty to our export controls on dual-use technologies and more, with few exceptions,” he said.

Trump also said he would restrict the entry of some graduate students from China — the largest source of foreigners to US universities — but did not immediately give numbers.

“For years, the government of China has conducted elicit espionage to steal our industrial secrets, of which there are many,” Trump said.

“Today I will issue a proclamation to better secure our nation’s vital university research and to suspend the entry of certain foreign nationals from China who we have identified as potential security risks.”