Ex-NDLEA staff arrested was caught with 254kg of Cannabis Sativa 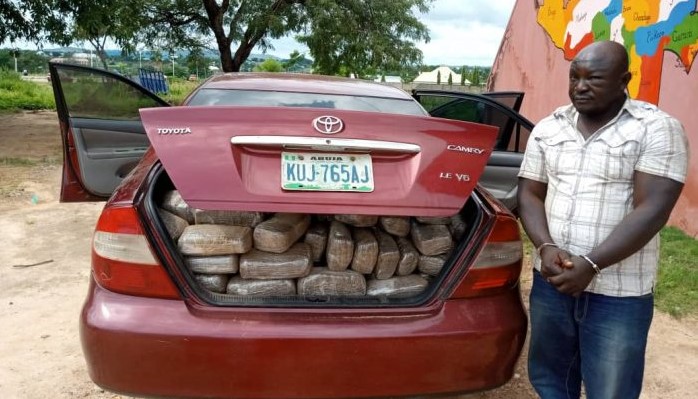 A dismissed staff of the National Drug Law Enforcement Agency (NDLEA) has been arrested over the illegal drug trade.

The National Drug Law Enforcement Agency (NDLEA), has arrested a dismissed staff of the agency known as Ezekiel Adamu Pam, who was arrested on October 9, 2020.

According to the NDLEA Niger State command, the 46-year-old, Ezekiel Adamu Pam was caught with 254kg of dried weeds suspected to be Cannabis Sativa.

Aloye Oludare, Acting Commander of the agency, said the suspect was arrested in Mokwa, in Mokwa Local Government Local Area of the state.

“They loaded the car in Ado Ekiti in the company of another suspect who escaped heading to Adamawa state,” Oludare said.

He said that the suspect would be charged to court after the agency completed its investigation.