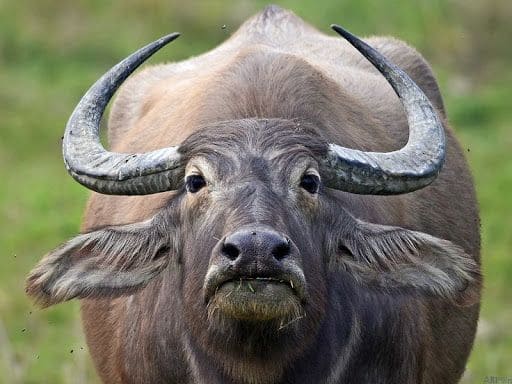 In a yet another act of animal cruelty, which is a painful reminder of the pregnant elephant death, a group of poachers brutally shot dead a pregnant wild buffalo near Puncha forest areas of Pookottumpadam village in Malappuram District of Kerala. The men also butchered the foetus that was growing inside the animal’s womb.

On August 10, the Kerala forest department received a tip about the poaching of a wild animal following which they conducted a raid.

“At the time, we did not know what wild animal it was. We assumed it was of a deer. However, during the course of the investigation, we found that it was the meat of a wild buffalo. Based on the statement of the accused and bones we recovered from the site, we also learnt that the buffalo was pregnant when it was killed,” P Suresh, the range officer of Kalikavu Range of Nilambur South Forest Division, told The News Minute.

Abu, the accused in the case, had reportedly shot the wild buffalo with his own gun. The forest officials also seized 25 kg of meat from one of the accused’s house.

The accused tried to escape during the raid but were arrested and produced before the court on Wednesday. The six persons have been booked under various sections of the Wild Life Protection Act, 1972, for illegal hunting and trade.

Meanwhile, the Kerala forest department has launched an investigation to know if more people were involved in the crime.

This heinous incident comes just about two months after a pregnant elephant died after consuming a pineapple laden with firecrackers in Silent Valley in Attappadi. The incident sent shockwaves throughout the country and sparked massive outrage.