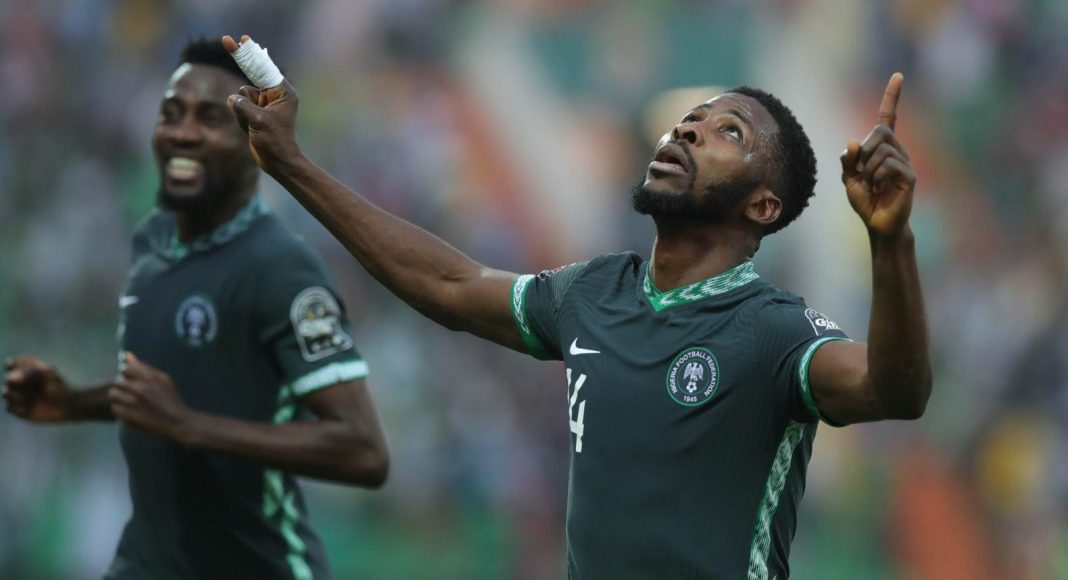 In the first half, Leicester City forward Kelechi Iheanacho delivered the key blow, sending Egypt to their first AFCON Group Stage defeat since the 2004 tournament.

Iheanacho, came behind Taiwo Awoniyi, beat Egypt’s goalkeeper Mohammed El Shenawy with a right-footed drive from a tight angle to give Nigeria the lead.

The Pharaohs also struggled to break down the Super Eagles defense during the enthralling match, with Kenneth Omeruo and William Troost-Ekong handling admirably with long balls from the opposition.

The Eagles continued to press for a second goal in the second half, but Iheanacho was couldn’t punish Egypt after they committed a blunder in their box.

Egypt looked adventurous as the likes of Sobhi and Salah became a threat in the final third.

Salah met a cross from the flank, but his effort was stopped by Kenneth Omeruo.

The Super Eagles, on the other hand, were struck a fatal blow when Kenneth Omeruo was forced to leave the game owing to injury.

Nigeria won the match by a score of 1-0.

Nigeria will play Sudan in their second group encounter on Saturday with the hopes of advancing to the round of 16.