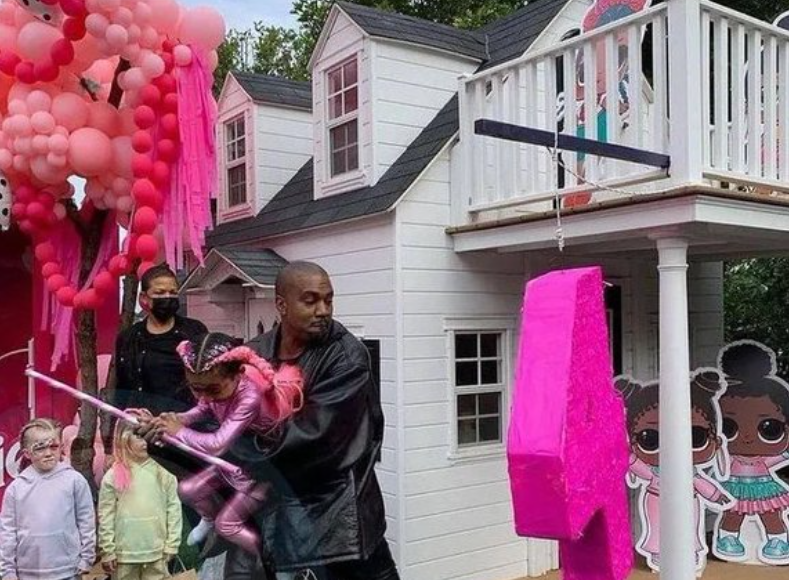 Kanye said in a video of himself driving around town, seemingly looking for the birthday party venue, that he is not ‘allowed to know’ where the party is being hosted.

“I’m just wishing my daughter a public happy birthday. I wasn’t allowed to know where her party was,” Kanye said in the video.

“There’s nothing legal that saying that this is the kind of games that’s being played, it’s the kind of thing that really has affected my health for the longest and I’m just not playing, I’m taking control of my narrative this year.”

#KanyeWest says he’s not allowed to know the location of his daughter Chicago’s party and publicly wishes her a happy birthday via video message 👀pic.twitter.com/a08bddmgcE

Surprisingly, Kanye was later seen hanging with Kris Jenner and drinking together in one of the birthday attendees’ Instagram Stories.