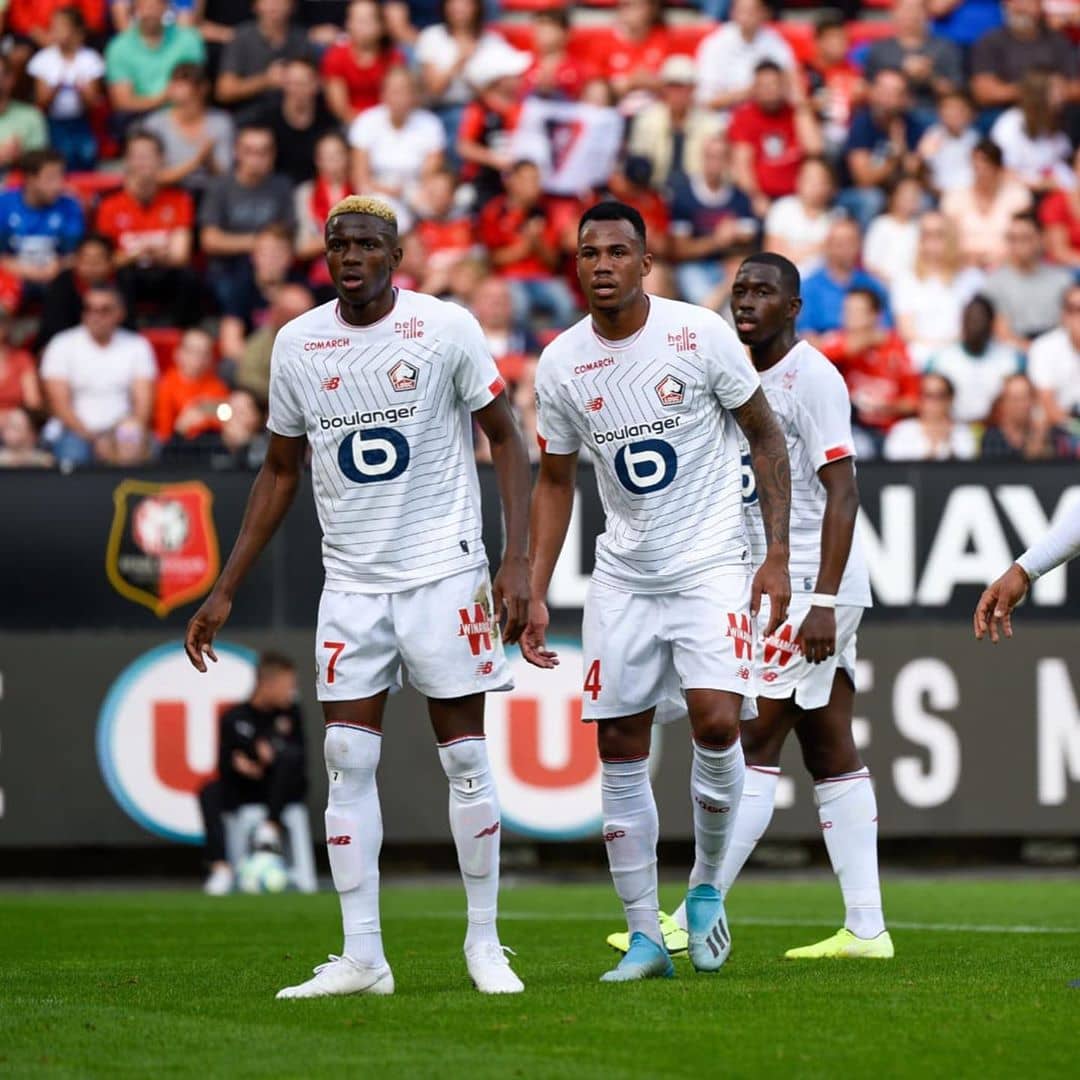 Nigerian young star, Victor Osimhen has helped Lillie return to winning ways. The Great Danes have endured a miserable run of results lately, failing to clinch maximum points in their last five matches, including their Champions League defeat to Ajax on Wednesday, which ended their chance of progressing to the knock-out stage of the tournament.

In Saturday League one game against Dijon,  the Nigeria international, however, inspired Christophe Galtier’s men back to winning ways at Stade Pierre Mauroy with his first-half effort. Osimhen scored the only goal in the 45th minute from the penalty spot, shortly after returning to the field of play to receive treatment.

With no further goal in the second half, the Great Danes, thus, clinched their sixth win of the season.
The former Sporting Charleroi striker, who featured for the duration of the game, has now scored 10 goals in all competitions this season, including eight in the league.

The victory moved Lille to the seventh spot in the league table with 22 points from 15 outings. They will take on Olympique Lyon in their next