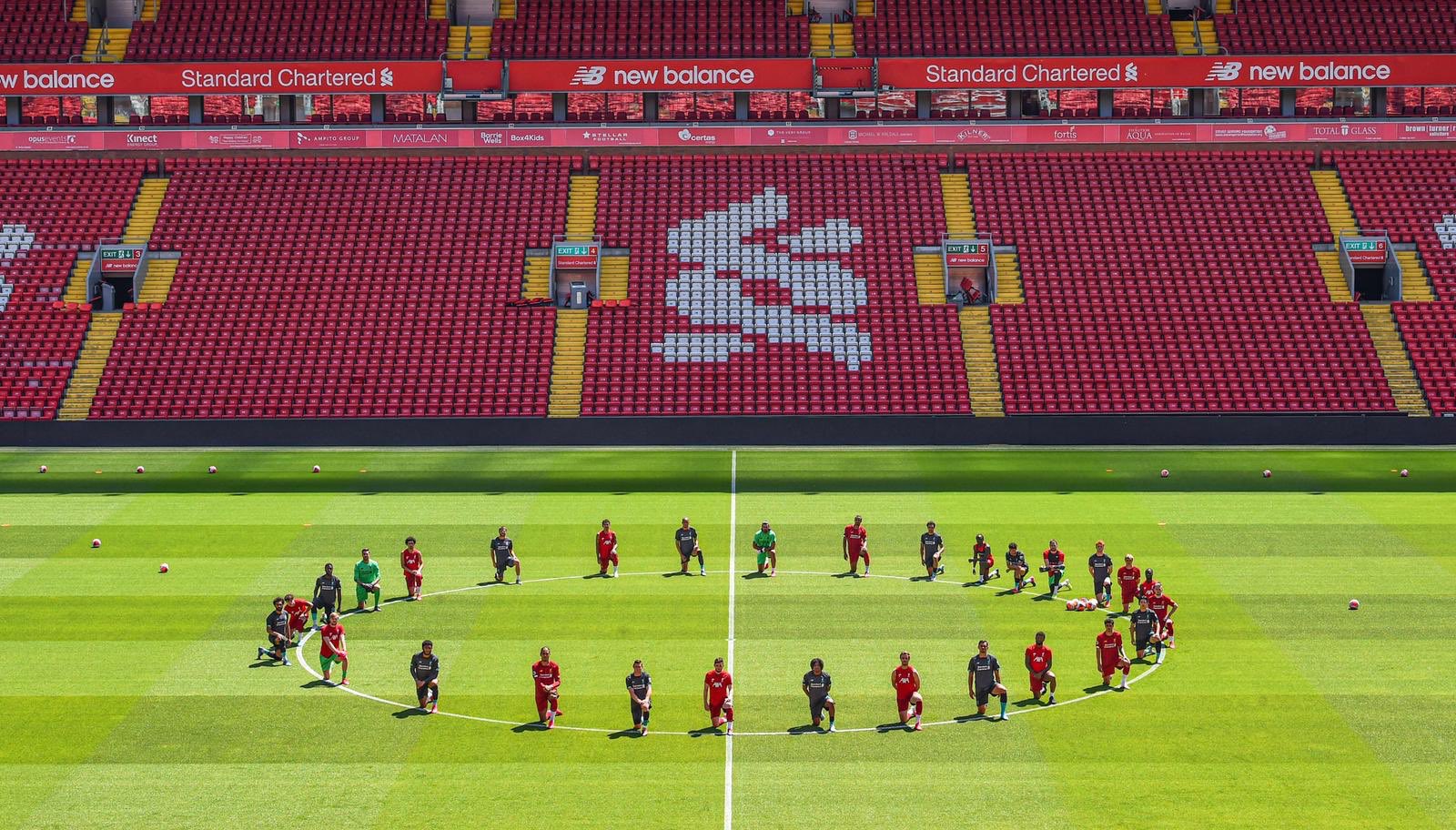 Liverpool players showed their solidarity with the #BlackLivesMatter movement following the death of George Floyd in the United States by taking a knee around the centre circle at Anfield on Monday.

Earlier, Manchester United striker Marcus Rashford said he feared society was “more divided than ever” in the violent aftermath of George Floyd’s death in Minneapolis.

The shocking incident has sparked protests and riots in cities across the world and sparked a strong reaction from the sporting world.

“At a time I’ve been asking people to come together, work together and be united, we appear to me more divided than ever,” said Rashford. “People are hurting and people need answers.

Rashford, 22, has followed his England team-mate, Jadon Sancho, in addressing the issue after the Borussia Dortmund winger said: “We shouldn’t fear speaking out for what’s right”.

Sancho displayed a T-shirt with “Justice for George Floyd” written on it after scoring the first of his three goals in Dortmund’s 6-1 win over Paderborn on Sunday.

Former England captain David Beckham posted on Instagram: “My heart goes out to George’s family and I stand in solidarity with the black community and millions of others across the world who are outraged by these events. It’s heartbreaking to see that in 2020 this is still happening.”