Man killed daughter and dump her in the forest 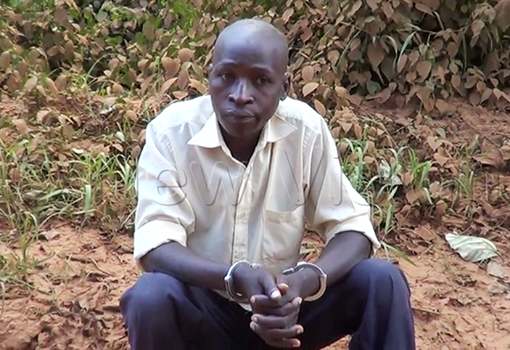 A body of an eight-year-old girl has been discovered after she was killed and buried secretly by his father. Also Read – Ivanka Trump Took Kids To Elon Musk’s SpaceX Launch Even As NASA Told Everyone To Stay Home

In a statement released by the suspect father-in-law, Mr Joseph Mugisa to the police said he was to by the suspect that the girl died on the way to the hospital so he decided to keep her body in the forest. Also Read – Kogi Join The List As NCDC Announced 389 New Cases

According to, the father-in-law to the suspect, Joseph Mugisa, the suspect had earlier said that as he was taking the child to the hospital, she died along the way and he decided to keep her body in the forest.

Speaking on the incident, the 39-year-old suspect identified as Mbabazi denied the accusations, claiming that the child died in the middle of the forest, he decided to keep her body in the forest and go to look for help.

During an investigation, the suspect, However, led an investigation team from Kagadi Central Police Station to the forest where they recovered the body, report peek247news

Police have allowed the relatives of the deceased to bury the girl as investigations into the matter are ongoing.

These Facebook comments is the funniest thing on the internet today.

A Facebook user went a bit naughty to ask a question in a public group. The question which is related to a...