Man sentenced to death gets law degree, earns his freedom 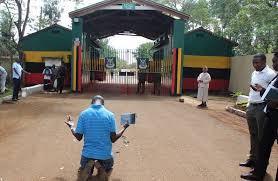 A Kenyan man, William Okumu who was sentenced to death has inspired many by getting a law degree and representing himself in court, earning his freedom.

Okumu, who was freed after spending 10 years at the Kamiti Maximum Prison for robbery with violence and possession of the stolen property was set free in May 2019.

Under African Prisons Project's (APP) Justice Changemaker Program, Okumu was among 15 detainees from Uganda and Kenya who finished his law degree from the University of London in 2018.

Okumu gets the chance after the Supreme Court in 2017 declared Section 204 of the Penal Code which stipulated mandatory death sentence as unconstitutional and he saw the opportunity to appeal his sentence.

After appealing to the court, Kibera Chief Magistrate Hon. Joyce Gandani reduced his sentence to 10 years in jail starting from the day of his arrest. Having already served 10 years, 7 months in jail, he was immediately set free.

The Canadian Government has announced a restriction of flights from Nigeria and nine other African countries over concerns about the spread of...