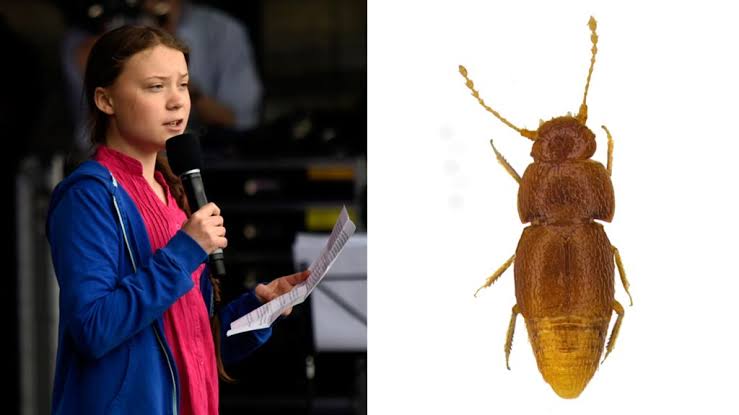 A newly discovered species of beetle has been named after young climate activist Greta Thunberg.

The beetle “Nelloptodes gretae” bears little resemblance to its namesake – it is less than 1mm long, and has no wings or eyes.

Scientist Dr Michael Darby, however said he chose the name because he was “immensely impressed” by the Swedish teenager’s environmental campaigning.

Nelloptodes. gretae was first found in Kenya in the 1960s by William Block, who donated his samples to the Natural History Museum in London in 1978. It has been held in one of the museum’s collections since.

Dr Darby who was studying about this collection when he came across the then-nameless species.

Dr Darby disclosed that he named the beetle after Ms Thunberg because, he”wanted to acknowledge her outstanding contribution in raising awareness of environmental issues”.

It has now been formally named in the Entomologist’s Monthly Magazine.