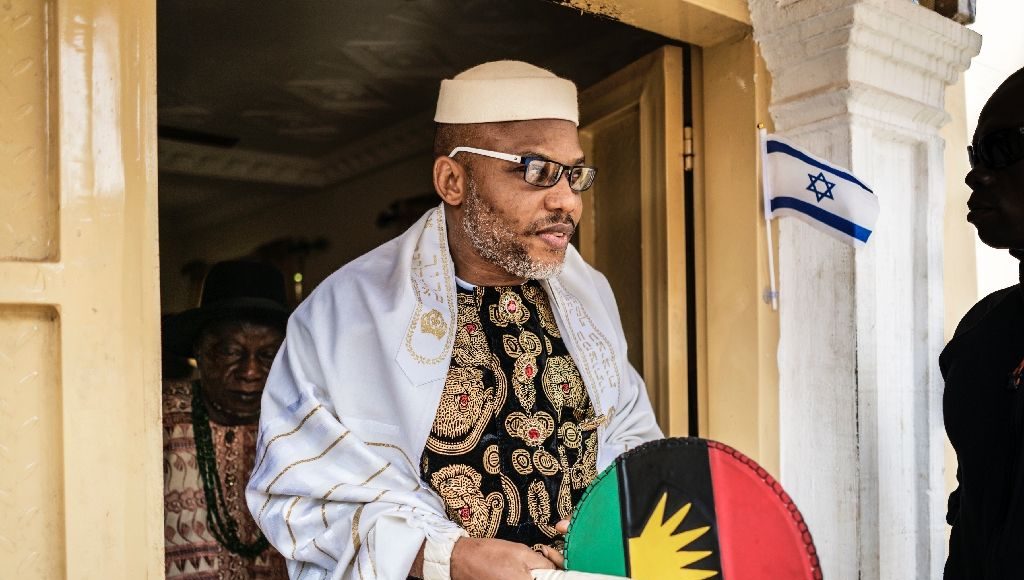 The federal government has been ordered to issue an apology to IPOB leader Nnamdi Kanu, as well as pay him the sum of N1 billion in damages for the illegal invasion of his home in 2017.

Kanu, through his lawyer Aloy Ejimakor, filed the HIH/FR14/2021 complaint against the Attorney-General of the Federation (AGF), Abubakar Malami, and the Department of State Services (DSS).

The complaint named the Federal Government of Nigeria, the Chief of Army Staff, the Inspector-General of Police, and three others as defendants.

The IPOB leader has urged the court to order the respondents to pay him N5 billion in damages for the “physical, mental, emotional, psychological, and other losses” he has incurred as a result of the alleged breach of his human rights.

The invasion of Kanu’s Afaraukwu apartment, according to the sitting judge, Justice Anya, was “notorious” and “illegal.”

Kanu’s request for an injunction requiring the government to apologize publicly in three national daily for the illegal invasion of Kanu’s Afaraukwu home was also granted by Anya.

In dealing with concerns regarding southeast secessionists, the judge also recommended the government adopts a political approach.