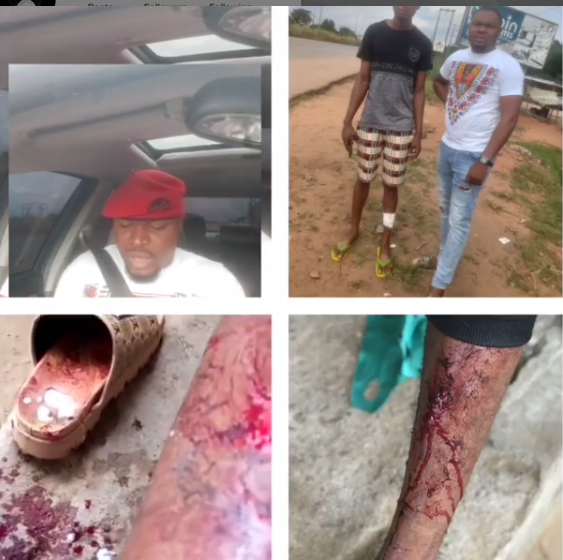 A Nigeria man has been been brutally and macheted by the men of Special Anti-Robbery Squad attached to the command headquarters in Asaba, Delta State report, Naijanews.com.

The news outlet went on to reported that the officers of the controversial unit of the Nigeria Police Force attacked one Samuel, 26, assaulted him and extorted money from him during the attack.

Social media activist, Harrison Gwamnishu who reported the incident said that the attack happened on Saturday, August 22. which he went on to reveal further that the victim was on a motorcycle with his girlfriend when the SARS officers at Koka Junction in the state capital stopped him to carry out the assault.

According to Harrison, “Samuel’s only crime was that he was wearing a dreadlock hairstyle.”

“The victims demanded to know where they were being taken to but the officers responded by macheting Samuel’s leg. They took his ATM card and forced him to disclose his pin and withdrew N15,400 from his account.

“I’m calling on the Delta State government to please intervene by putting an end to the constant harassment Nigerians face from SARS.”