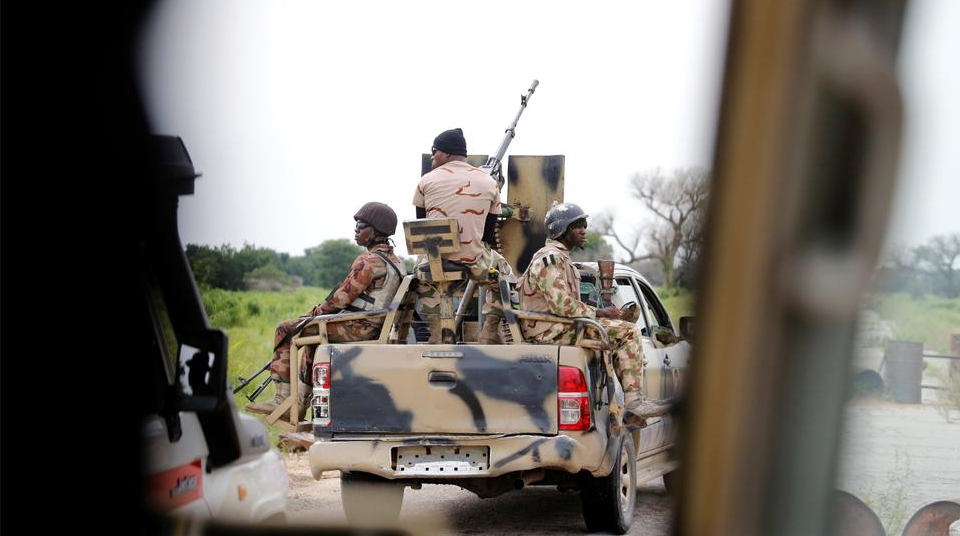 Ten soldiers and one officer have been killed by suspected criminals in Benue State.

The Nigerian Army said the troops came under attack while on routine operational tasks.
According to a statement on Thursday night by the Army spokesman, Brig. Gen. Mohammed Yerima, the troops were initially declared missing but their bodies were later found by a search and rescue team in Konshisha Local Government Area of the state.

“The troops comprising one officer and 10 soldiers were initially declared missing which prompted the deployment of a joint search and rescue team comprising NA troops and personnel of Operation Whirl Stroke.

A joint search and rescue team comprising troops and personnel of Operation Whirl Stroke later found them all dead in Konshisha local government area of Benue.

“The search and rescue team, unfortunately, found all the missing troops dead in Konshisha LGA of Benue State.”

The statement appears to be a reaction to disturbing media reports from yesterday accusing troops of laying siege on communities in Konshisha and killing many residents in revenge.

Houses were reportedly burnt and many of the residents displaced by the action of troops desperately searching for the killers of their colleagues.

Yerima said commanders on the ground have been directed to ensure sustained efforts in order to find and deal decisively with the criminals in the area.

He said the Army remains determined to ensure that the unprovoked attack on troops does not disrupt the general peace being enjoyed by the local inhabitants.