Tesla with ‘no driver’ involved in deadly Texas crash 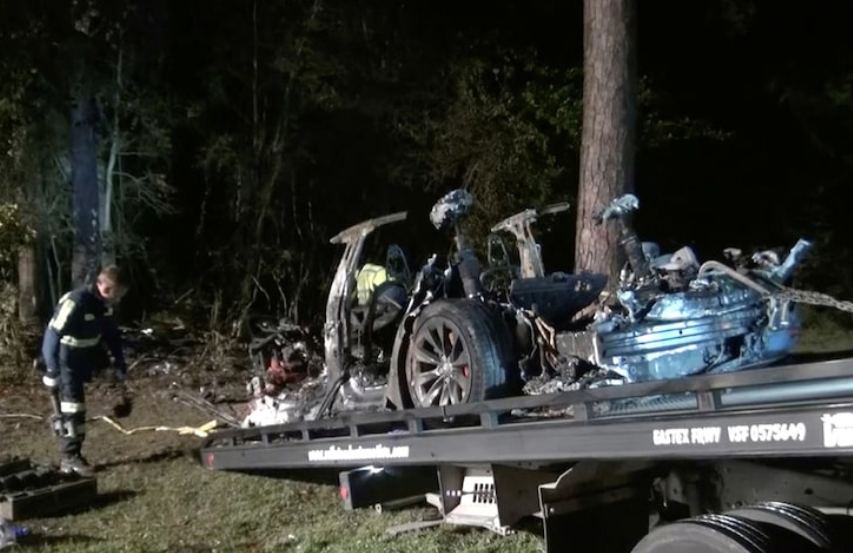 Two people are dead following a crash in Texas while riding in a Tesla car, police say there was no one in the driver’s seat, U.S. media reported Sunday.

Harris County Sheriff, Mark Herman that the tesla car was driving at high speed which slammed into a tree and burst into flames, adding that there was a person in the front passenger seat and another in a rear passenger seat after the wreck in the Houston suburb of Spring.

“Our preliminary investigation is determining, but it’s not complete yet but that there was no one at the wheel of that vehicle,” Herman said. “We’re almost 99.9 percent sure,” quoting VOA.

Herman said police had not yet determined if the driver-side airbag had deployed and whether the car’s driver assistance system was engaged at the time of the crash.

Tesla did not immediately respond to an email requesting comment from The Associated Press.

On its website, Tesla warns that the driver assistance systems it offers do not make their vehicles fully autonomous and that active driver supervision is still necessary.

But videos regularly show moving Teslas with drivers asleep or without their hands on the wheel for extended periods of time.

Input from AFP and VOA