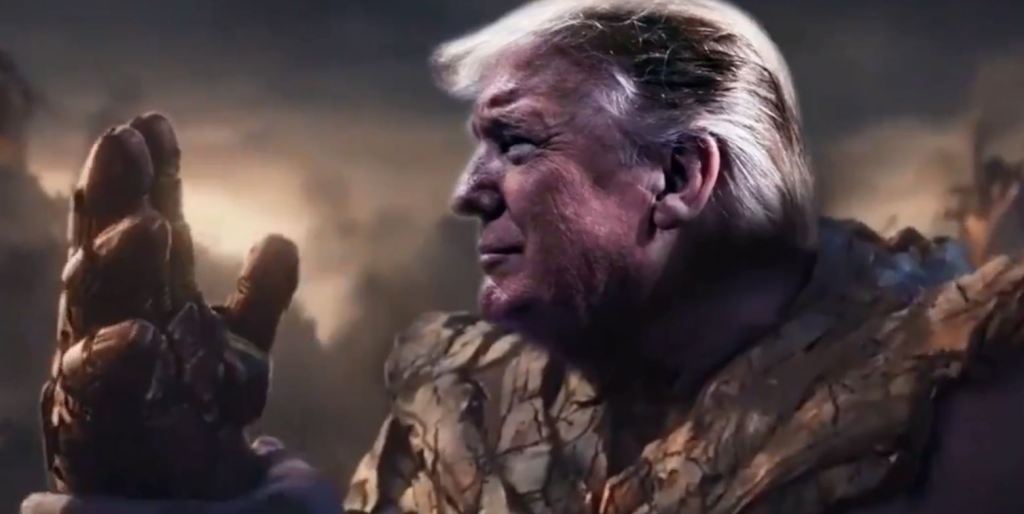 “Thanos” creator Jim Starlin has slammed an ad for United States President, Donald Trump, and his reelection campaign team, describing it as “sick.”

A video tweeted by Donald Trump’s re-election campaign team, The Trump War room posted a bizarre video in which the sitting president was portrayed as Thanos from Avengers: Endgame, snapping away Democratic members of Congress.

House Democrats can push their sham impeachment all they want.

Jim Starlin, who seems not too happy about the video has blast trump and his re-election campaign, regarding himself in the video as a villain who’s murdered millions.

“After my initial feeling of being violated, seeing that pompous fool using my creation to stroke his infantile ego, it finally struck me that the leader of my country and the free world actually enjoys comparing himself to a mass murderer,” Jim Starlin.

Starlin said in a statement to The Hollywood Reporter. “How sick is that? These are sad and strange times we are going through. Fortunately, all things, even national nightmares, eventually come to an end“.