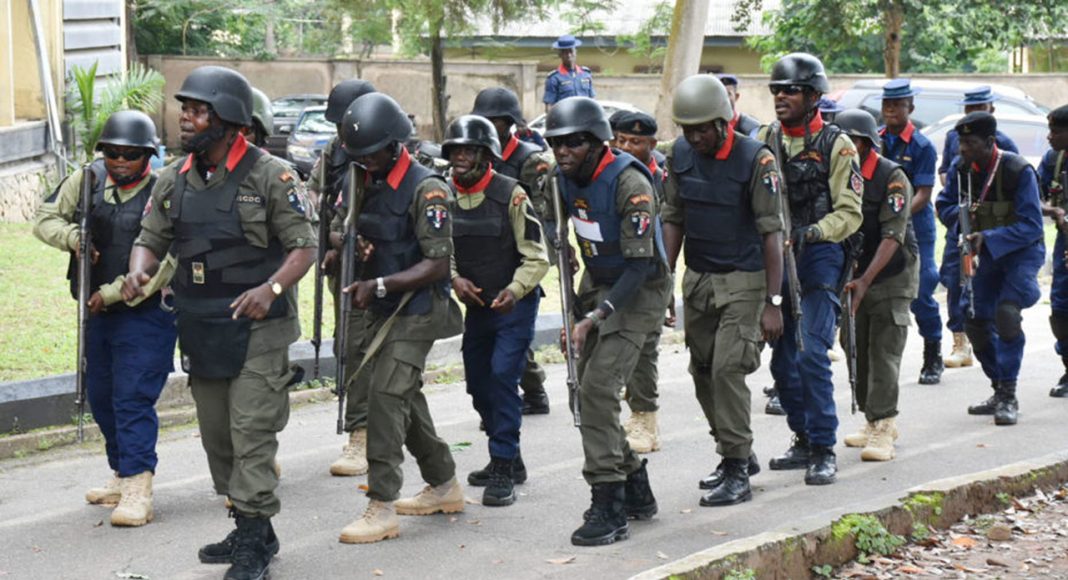 Mr. Aniekan Udoeyop, the commandant of the corps in Edo, made the announcement while briefing reporters in his office in Benin on Saturday.

The suspects were apprehended on December 7 in Kogi, Kebbi, Taraba, and the Federal Capital Territory, according to Udoeyop.

The suspects were apprehended by NSCDC agents working with local vigilance groups in the Damgbala village of the Akoko-Edo Local Government Area of the state, according to him.

The accused had violated an Edo Government legislation prohibiting mining, according to the commandant.

According to him, the suspects will face the full force of the law in order to discourage others from engaging in similar activities.

He stated that the Edo Government prohibited mining in the Damgbala locality in response to what he characterized as an inflow of foreigners and incidents bordering on insecurity in the community.

He emphasized that the NSCDC would continue to defend important national infrastructure and would never abandon its mission.

The suspects, who admitted to their misdeeds, apologized to the News Agency of Nigeria (NAN).

They said they always had ready consumers in Ojirame town, a neighboring village, where they ply their trade, and that they got into the industry to make a living.

The suspects were found with a variety of tools, including mined material thought to be raw gold, shovels, head pans, diggers, and clothing.