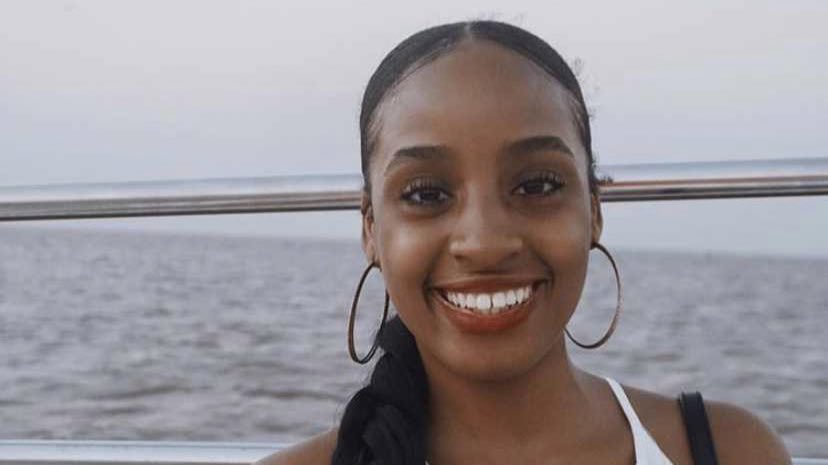 Nigeria lady, Treasure Nduka, one of the #EndSARS protester that was arrested in Lagos, says she was beaten by more than 10 police officers and forced to take off her bra in their presence.

According to Nduka, the police officers at the Ojuelegba station where she was arrested and detained, shot at protesters, and labeled her a criminal.

“At first, it was empowering seeing that a couple of youths were able to make that much impact and at a point, those that were stuck in traffic joined us in the protest. They came down to sympathize with us. It was really peaceful at the beginning. We didn’t know it was going to the extent of police shooting at us,” Nduka said.

“When the shooting started, I refused to believe that they were shooting. It sounded like a knockout. We heard the first one from afar and we saw people running, but I insisted that we should take our stand. I was not doing anything wrong, so I didn’t feel the need to run. All of a sudden, I saw a bunch of policemen come out, and then I realized that this is actually for real.

“I did not know who to reach out to. The only people who were aware were brothers who had told me not to come out. I saw a policeman running towards me. He dragged me and I was calling out for people to do something.

“A bunch of other policemen assisted him in dragging me. I was helpless. It was me against 10 0f them. They kept hitting me. I only tried to cover my face so that I don’t get hit on the face. I could not place an identity on any of them because it was all of them present at that point.”

“They said I should pull off my bra. Then, I took off my bra. Everything they did was so unconstitutional.”

Nduka and her colleagues were released after the intervention of Femi Gbajabiamila, speaker of the house of representatives.