Trump confirms deployment of Military to stop protestors In Minneapolis Protesting Murder Of Blacks By Police. 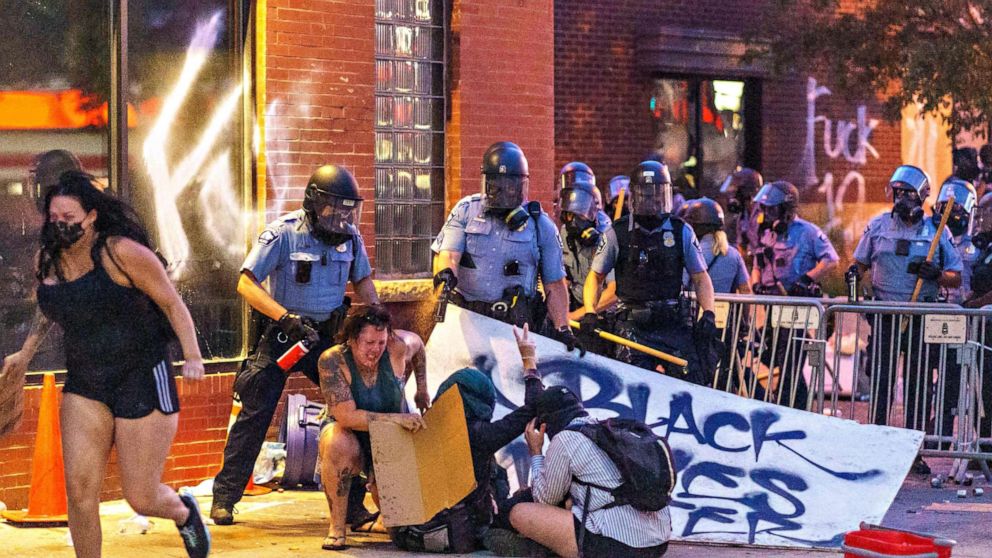 Following the death of George Floyd a black man who died in the of Minneapolis police, US President Donald Trump said that he is considering sending the military to stop protesting.

The controversial American leader has guaranteed that he will stop the protesters in any means necessary. Also Read – Judge Who Asked Woman If She Closed Her Legs To Prevent Sexual Assault Is Removed.

“I can’t stand back & watch this happen to a great American City, Minneapolis. A total lack of leadership. Either the very weak Radical Left Mayor, Jacob Frey, get his act together and bring the City under control, or I will send in the National Guard & get the job done right…..” he tweeted.

This follows a staggering episode in which a black man, identified as George Floyd was brutally murdered by a member of the Minneapolis police in broad daylight. The video of the occurrence shows the cop nailing down George Floyd, believed to be in his 40s, to the asphalt with his knee on the man’s neck for a few minutes. Floyd was recognized by legal advisor Ben Crump, who said he had been retained by the Floyd family.

In a separate Tweet, President Trump has described the protestors as hooligans and promised that he won’t allow them to dissent anymore as he will soon send the troops.

“These THUGS are dishonouring the memory of George Floyd, and I won’t let that happen. Just spoke to Governor Tim Walz and told him that the Military is with him all the way. Any difficulty and we will assume control but, when the looting starts, the shooting starts. Thank you!”, he added.

In a viral video, Floyd can be heard struggling to say “Please, please, I cannot breathe.”The officer tells Floyd to “relax”.Floyd responds: “I can’t breathe. Please, the knee in my neck.”

However, the city’s Mayor, Jacob Frey confirmed in a Tweet that the four police officers involved were dismissed.