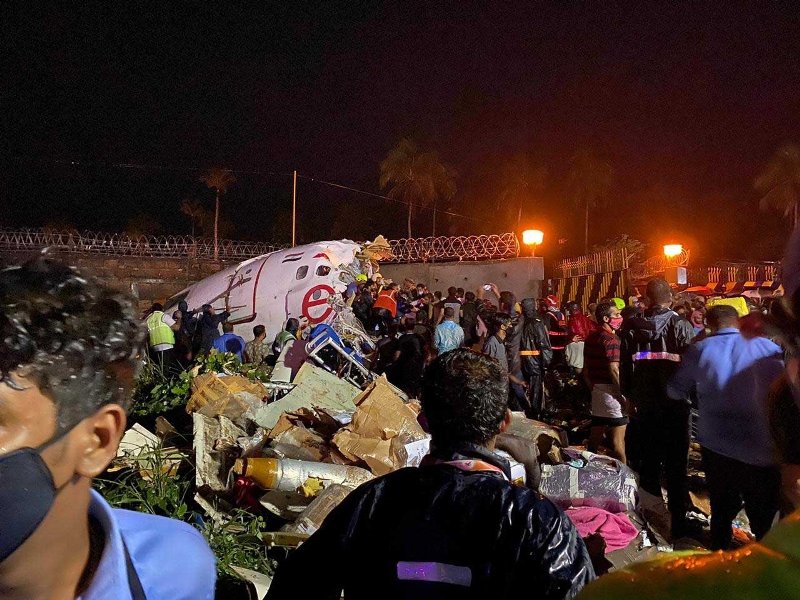 Another disaster has hit the world days after a Massive Explosion Rocks Lebanon’s Beirut, Leaves Many Dead And Injured, according to News18 an Air India Express flight skidded off a runway in India’s Kozhikode international airport which at least 17 people, including both pilots, were killed and 123 injured.

Out of the 123 who were injured 15 suffered serious injuries.

Among the 191 people on board, there were 10 infants, two pilots, and the five-cabin crew.

The same News media reported that the plane which was also said to be on a Mission to repatriate Indian nationals from overseas during the coronavirus lockdown skidded off the tabletop runway and fell into a 50-feet valley breaking into two portions.

However, the Indian authorities said that “All efforts are being made to help passengers. A formal inquiry will be conducted by the AAIB (Aircraft Accident Investigation Bureau).”