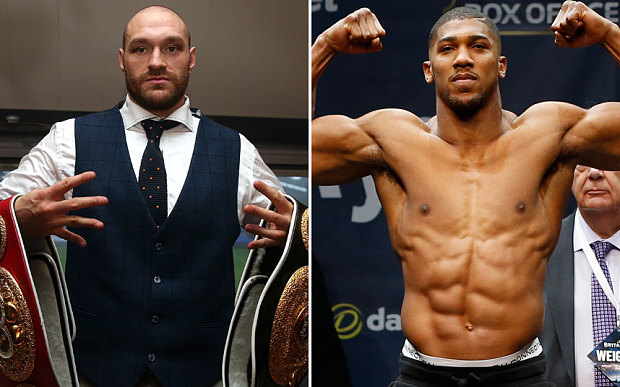 After a successful victory of Tyson Fury again Deontay Wilder last month, there has been a lot of speculation going around last week, over the fight between Fury and Joshua.

It would be one of the biggest boxing events to determine the undisputed heavyweight champion but Tyson Fury dad doesn’t think it’ll end up happening as Joshua is ‘too scared’.

In an interview session with Good Morning Britain, former bare-knuckle fighter John Fury, though, reckons Joshua is too scared.

“I don’t think he will [fight Fury] because he’s too frightened,” he explained according to The Sun.

“He’ll retire before he faces Tyson Fury. The Gypsy King will retire him without even fighting him, and I’ve said it first.”

The 55-year-old also believes that ‘The Gypsy King’ is in a different league to ‘AJ’ and would leave him ‘in tears’.

“You know the aliens are light years ahead of us in brainpower, that’s how my son is in front of Joshua in [terms of] ability.

“You’ve seen him, he’s blown out of his a** when he gets a bit of pressure put on him. Tyson will do more than pressurize him.

“He’ll be crying after four rounds, tears will be rolling down out of his eyes like marrowfat peas.

“[He’ll be] on the floor, end of. Give me them belts back that you’ve stolen your bum. That’s it.”

“I think it’s in the back of his mind. He can’t do it anymore. He’s won every professional title. Enough is enough. There’s more to life now. He’s given it his all.

“He’s got no more to prove. He’s proved he’s been a worthy champion from this country. He’s been 13 years as a pro and he’s always been the opponent.

“He’s 32 years old. He’s got a young family and I do believe his children deserve their father.”

But Joshua is reportedly keen on a fight with Fury and promoter Eddie Hearn is also eager.