US Open 2020: World No. 1 Novak Djokovic disqualified from the tournament for hitting line judge with ball 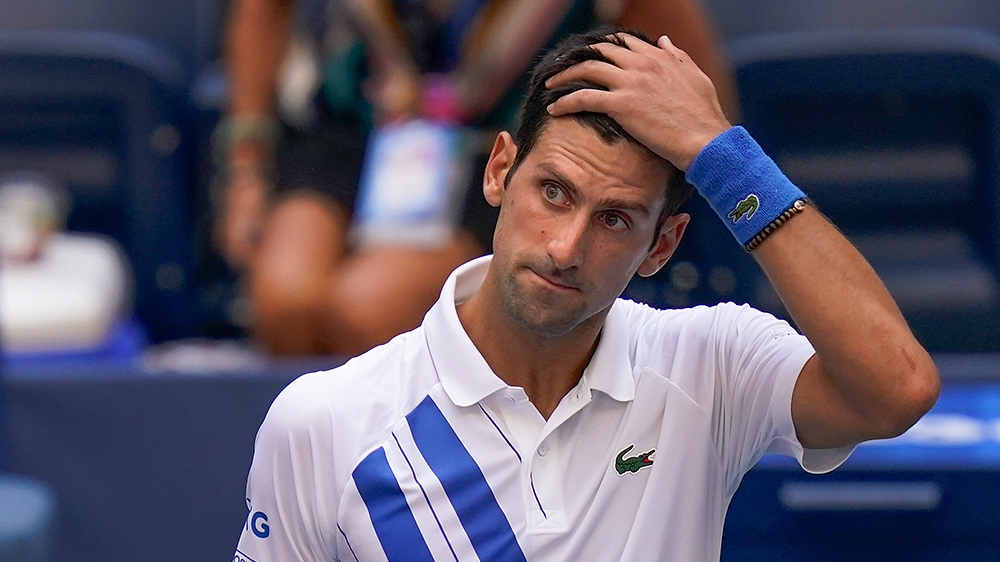 The No. 1-ranked men’s tennis star, Novak Djokovic was disqualified from the US Open men’s singles event after hitting a line official with the ball during his pre-quarterfinal match on Sunday. Djokovic, who was trailing 5-6 against Pablo Carreno Busta in the opening set, was deemed to have defaulted following his action.

Djokovic accidentally hit a ball with a racket in the direction of the female official, in a fit of anger during his fourth-round match against Pablo Carreño Busta at Arthur Ashe Stadium in New York which struck her in the throat as she let out a gasp. The Serbian, visibly upset by what transpired, rushed to check on her.

A 10-minute discussion with the tournament referee Soeren Friemel followed and eventually, Carreno Busta was declared to have won by default.

According to the rule, “Players shall not at any time physically abuse any official, opponent, spectator or other people within the precincts of the tournament site. The referee, in consultation with the Grand Slam chief of supervisors, may declare a default for either a single violation of this code.”

The 33-year-old then walked out of the court after packing his bag and later, apologised on social media for what he had done, saying it has left him “sad and empty”.

“This whole situation has left me really sad and empty,” Djokovic wrote on his Instagram account. “I checked on the lines person and the tournament told me that thank God she is feeling ok. I‘m extremely sorry to have caused her such stress. So unintended. So wrong. I’m not disclosing her name to respect her privacy.”

Djokovic (17) was aiming to further cut down the gap with his great rivals Roger Federer (20) and Rafael Nadal (18) as he chased an 18th Grand Slam title.

“As for the disqualification, I need to go back within and work on my disappointment and turn this all into a lesson for my growth and evolution as a player and human being. I apologize for the @usopen tournament and everyone associated with my behavior. I’m very grateful to my team and family for being my rock support, and my fans for always being there with me. Thank you and I’m so sorry,” he added.