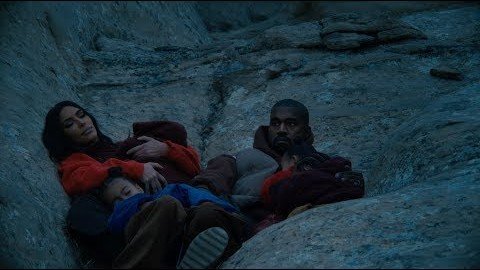 Kanye West released a video for song "closed on Sunday" off of his album Jesus is king, the video which features his entire Family and his wife Familly too.

The family of five was first seen walking on the mountain, then was escorted to a location by armored vehicles.

West bows on his knees by himself at the top of a mountain before the Sunday service choir surrounds him and sings the last verse of the song.

The music video ends with his six-year-old daughter, North, screaming "chick- fil- A."

"Closed on Sunday, you my chick-fil-A" he sings, referencing the popular fast food restaurant's Christian beliefs of observing a Sunday sabbath.

Watch the video below;