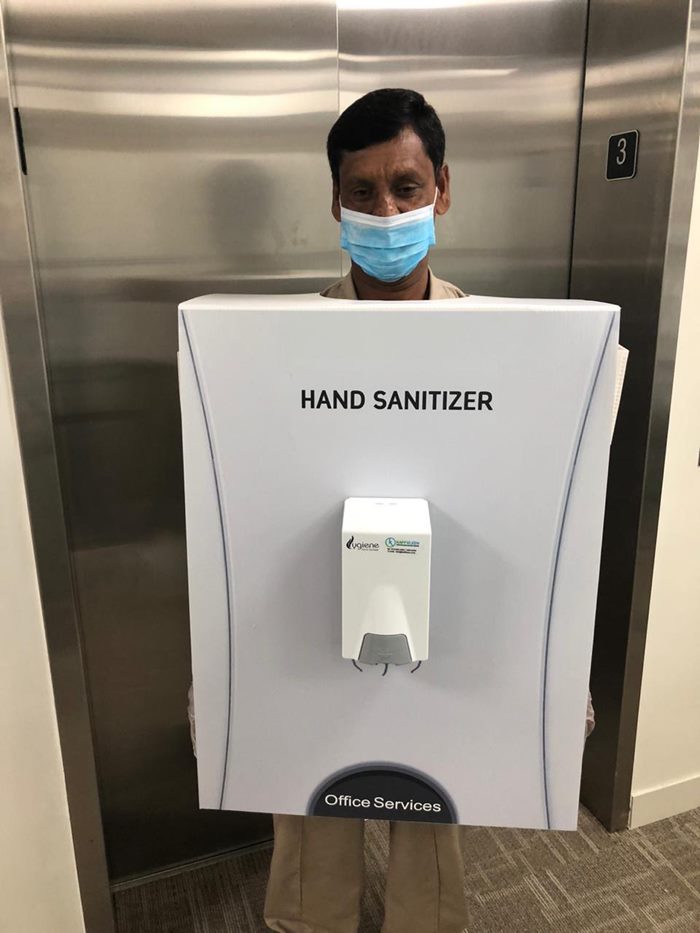 As the world facing a deadly coronavirus outbreak. Around 121,062 people are infected with a deadly virus that has claimed over 4,368 lives and still counting. Amid such a hue and cry about the virus, people are taking extra care to keep themselves away from getting infected.

In an attempt to educate its employees on the need to always sanitize themselves, Saudi Aramco, a popular oil company in Saudi Arabia, has appointed one of its employees to be a walking hand-sanitizer. Accordingly, they dressed him up as a hand-sanitizer bottle and made him wander in the office halls distributing the disinfecting liquid.

A post shared by An Arab comedian on twitter shows pictures of the human hand sanitizer which went viral within no time.

However, Twitter users were not impressed by the idea and they bashed the oil giant for their insensitivity and demanded an apology from them.

In response to the tweet, the company denies its involvement claiming that they were not aware of any such thing happening in their premises and called it ‘abusive’. They assured that strict measures will be taken against it.