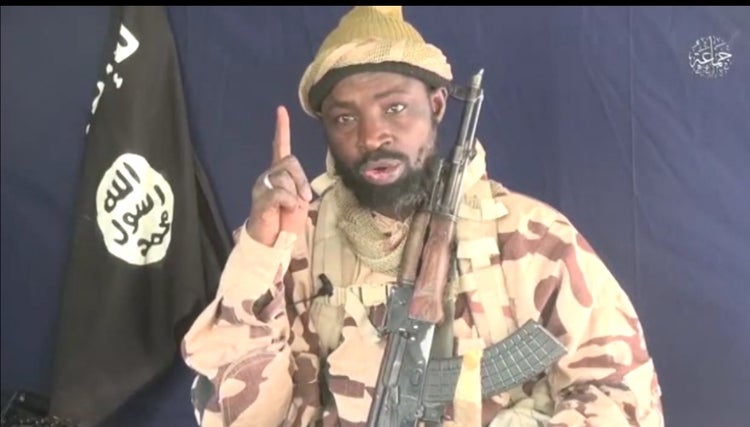 THE United States Department of State is offering a prize of up to $7 million (N2.5billion) for information that would prompt the capture of Boko Haram leader, Abubakar Shekau.

Shekau said to have been killed on various occasions by Nigerian soldiers, is ranked number 8 on the wanted of the US government which additionally includes other key leaders of several terrorist organizations, ICIR Nigeria report.

The United States Department of State, in its rewards for Justice Program, revealed this development in its official Twitter Handle @RFJ_Francais, that it’s rewarding up to $7 million for the information that would lead to the arrest of Boko Haram leader.

But when translated in English “The United States Department of State is offering a reward of up to $ 7 million for information leading to the arrest of #terrorist Abubakar #Shekau, leader of #Boko_Haram.”

Shekau is presently the leader of Boko Haram, a Nigeria based extremist group trying to topple the Nigerian government and set up territories governed based on a strict interpretation of Islamic law.

According to the Global Terrorism Index, Boko Haram has killed tens of thousands and displaced 2.3 million from their homes, of which at least 250,000 have left Nigeria and fled into Cameroon, Chad or Niger which led to being branded as one of the world’s deadliest terror group.

Other terrorists on the list include Ayman al-Zawahiri, who is the current emir of Al Qaeda and former leader of Egyptian Islamic Jihad with a $25 million reward on his head, Sirajuddin Haqqani, leader of the Haqqani Network based in Pakistan with $10 million, Abu Muhammad Al-Julani and Abdullah Abdullah are both wanted for their role on behalf of Al Qaeda in the 1998 US Embassy bombings with a reward of $10 million each.

Nigerian Man Wanted For Murder in the US, He Googled ‘How to Be a Serial Killer’ and ‘How to Get Away with Murder’: Police