President Buhari to be addressed as Major General

Punch newspaper has disclosed that president Muhammadu Buhari will henceforth be addressed as Major General which was his rank during his regime in the 1980s. The newspaper giant also stated in their Wednesday 11th December publication that the administration of the president will be referred to as "Regime". According to the newspaper publishers, this is in protest to "automatic " leadership style of the president. Read details below 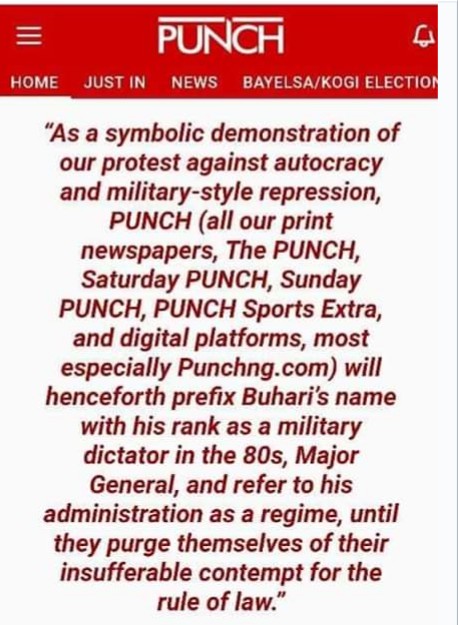 Abba Kyari: The President will decide whether to send him to face fraud charges in the US – Minister