Woman bites, use hot knife on her 4 year old niece. 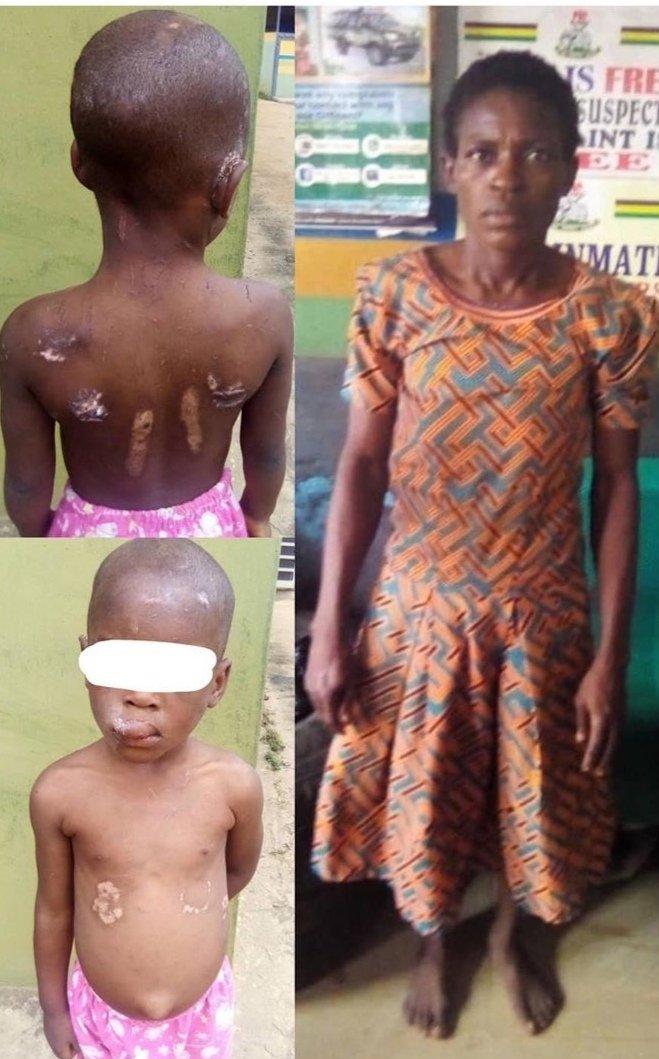 Mrs monsurat olusanya was arrested following a complaint against her from a resident of Tiluwalase community in Owode Ijako in the state.

On interrogation with the police the suspect admitted to be responsible for the injuries on the body of the victim, but plead that the police to be lenient with her.

However the victim has been taking to the hospital where she is receiving treatment and her perants has been contacted to come and take coustody of their daughter.

While the suspect is been detained at Aango police division.

A six-month-old baby has defeated COVID-19 after she was diagnosed with the deadly disease earlier this month, while also battling with a...

Prince Harry welcomes daughter with Meghan Markle, names her after Princess Diana and The Queen